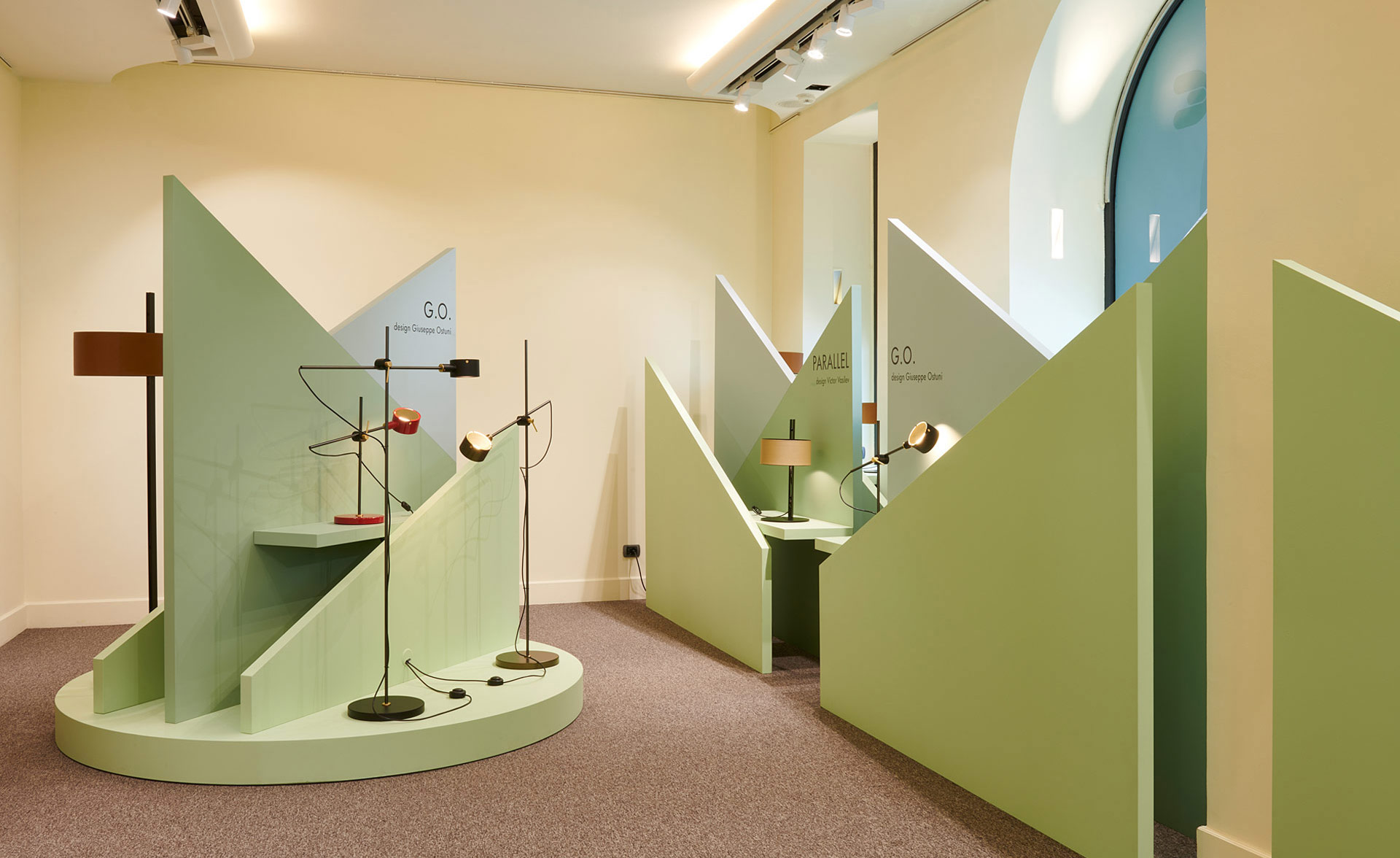 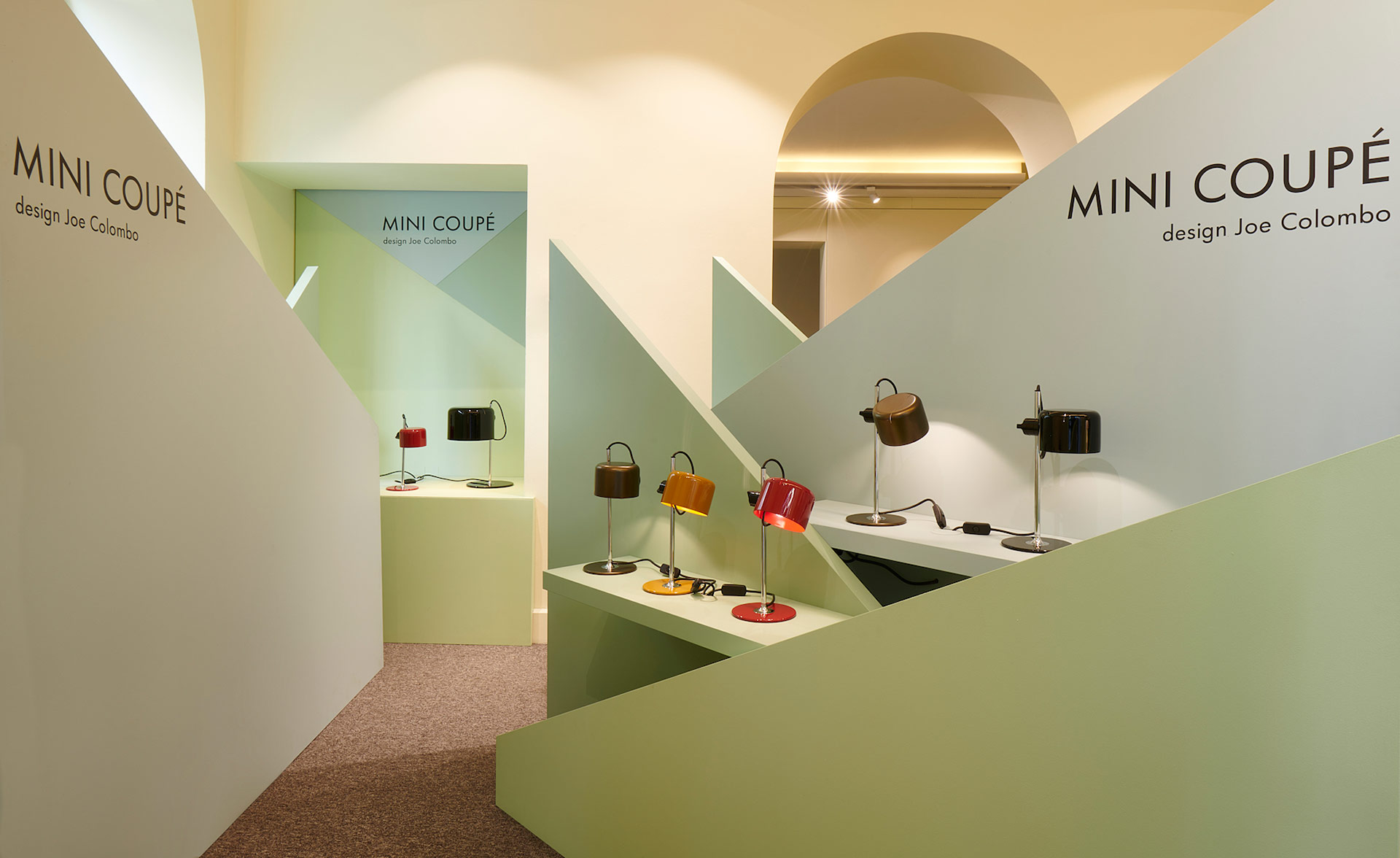 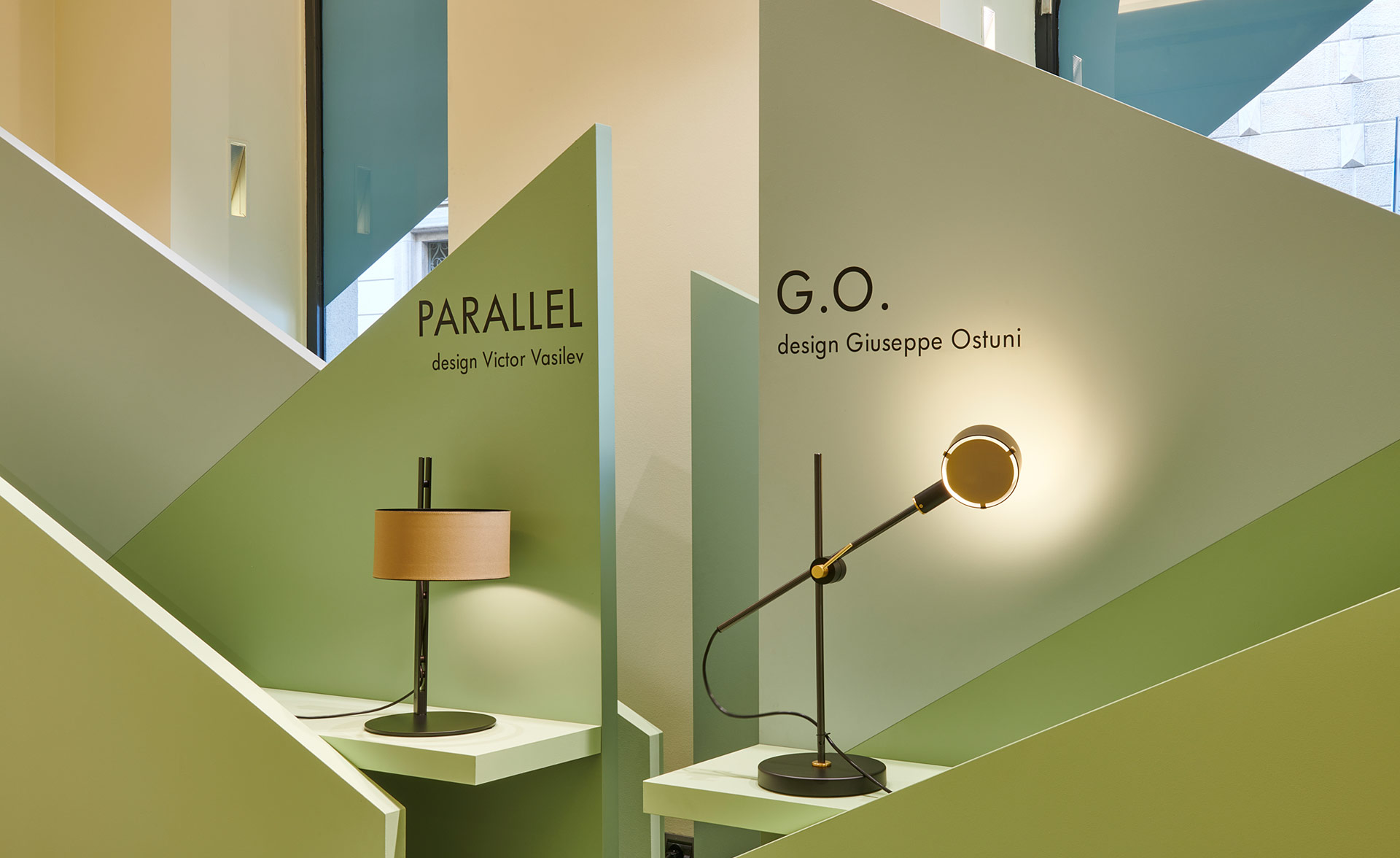 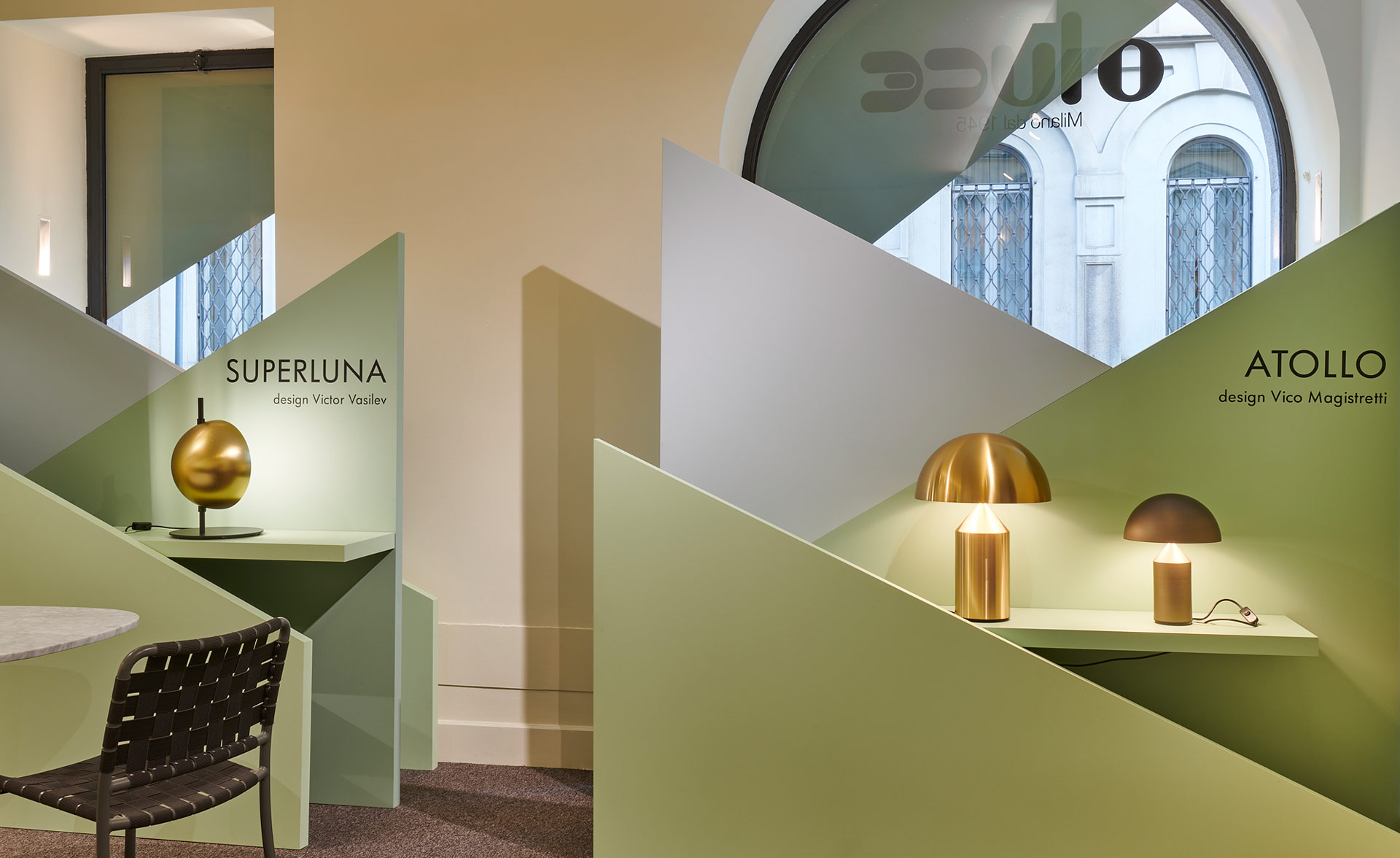 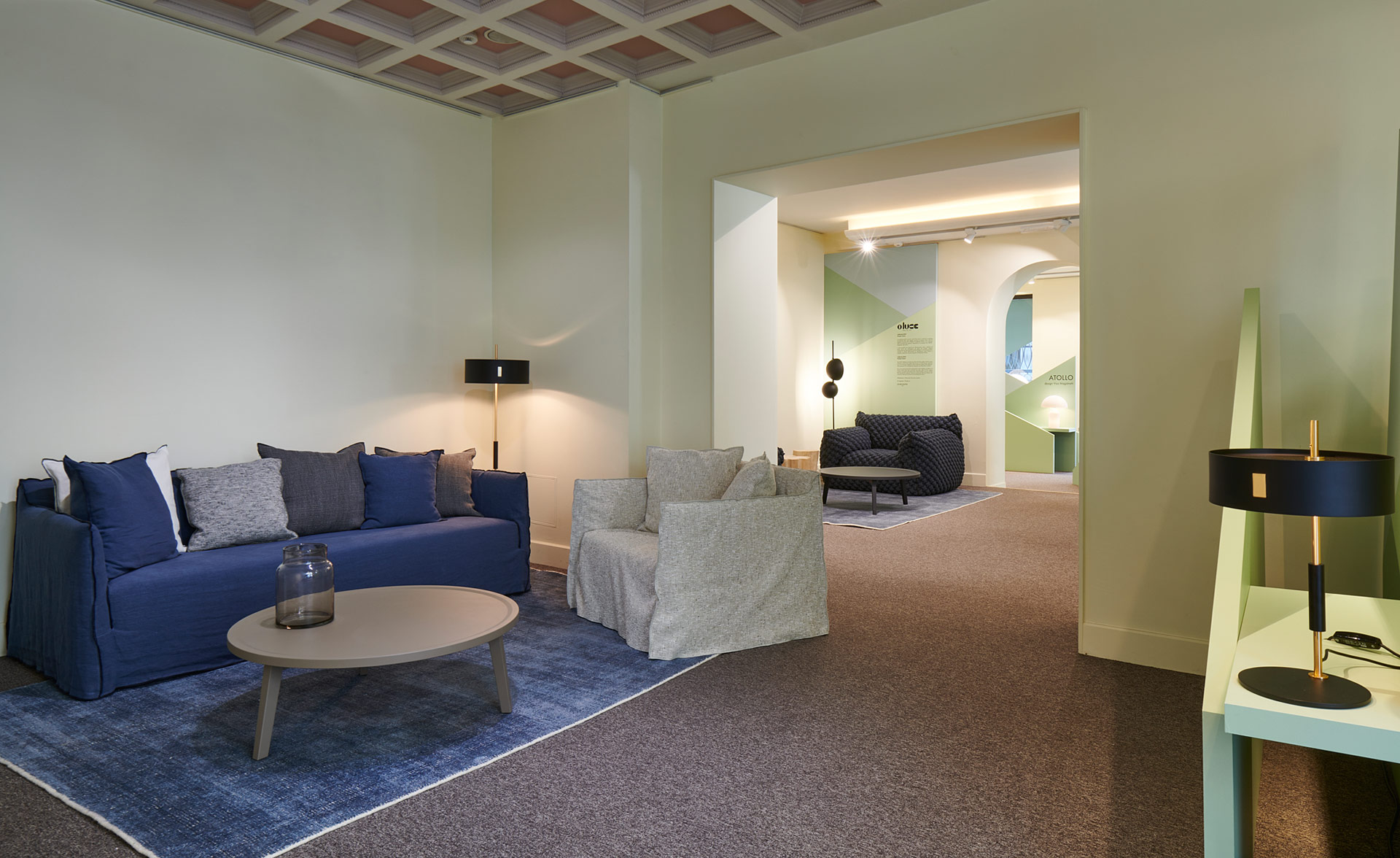 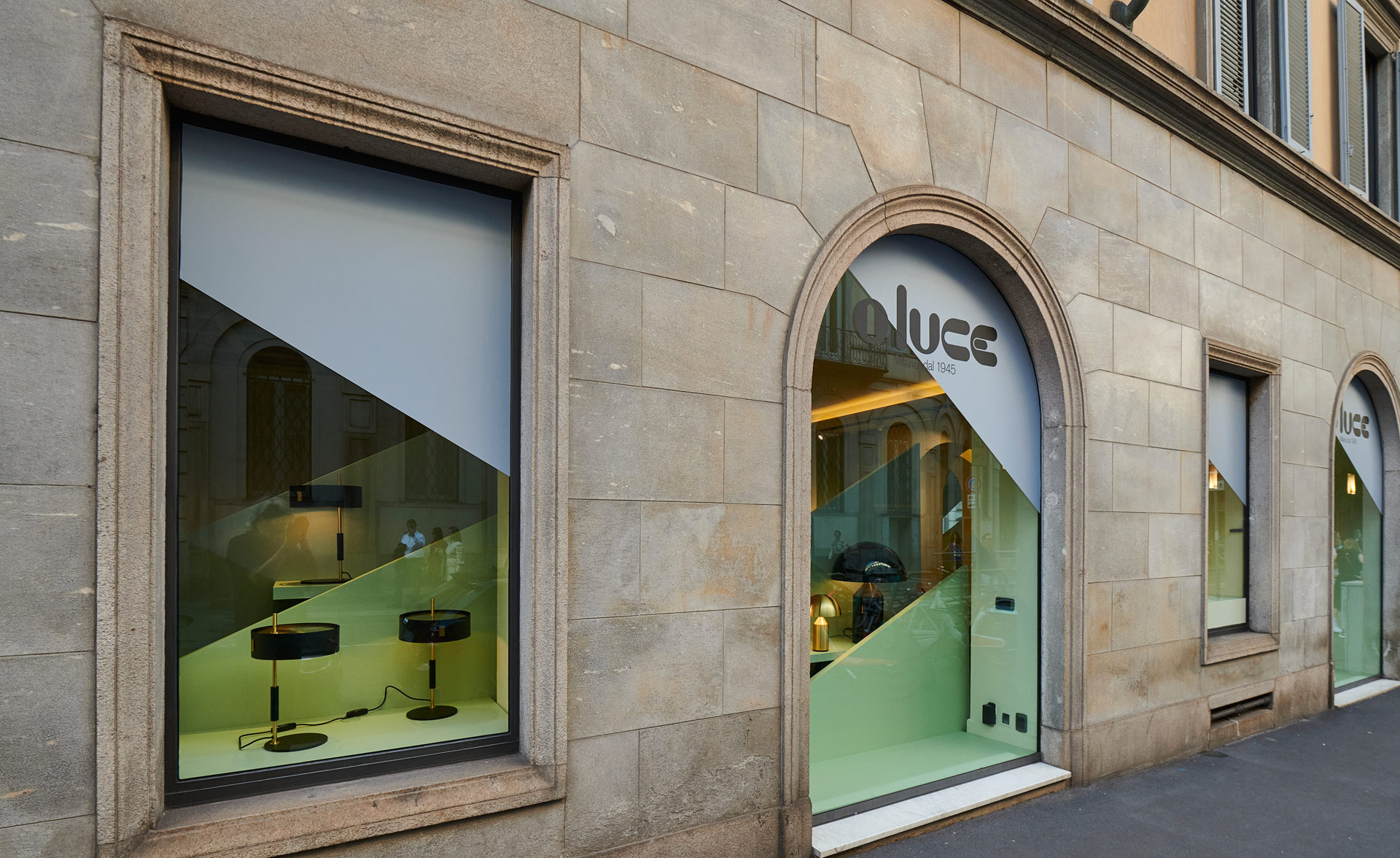 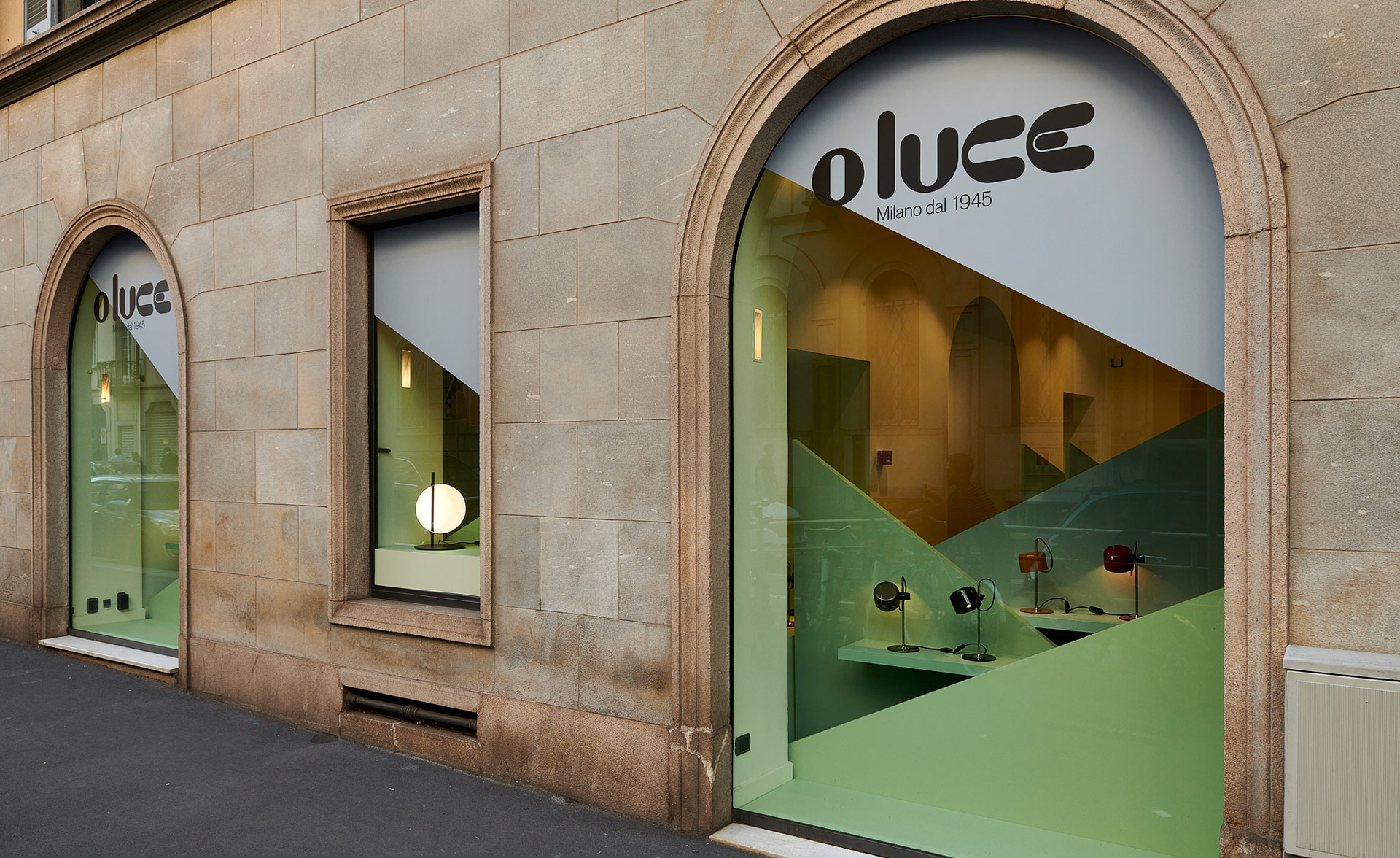 Oluce participated in Milan’s Fuorisalone with an extremely evocative display, in an unusual location in the city.

Ferruccio Laviani, the creator of the installation, outlined an almost kaleidoscopic space where the visitor discovered Oluce’s novelties in a three-dimensional game of colors and geometric elements that concealed and revealed the product according to the different angles of view. Like in a museum, lights were celebrated as if they, and they alone, were the true stars of the show.

Looking out onto the city, the eight windows of the exhibition space have been transformed into miniature stages, where the company’s latest creations were showcased.