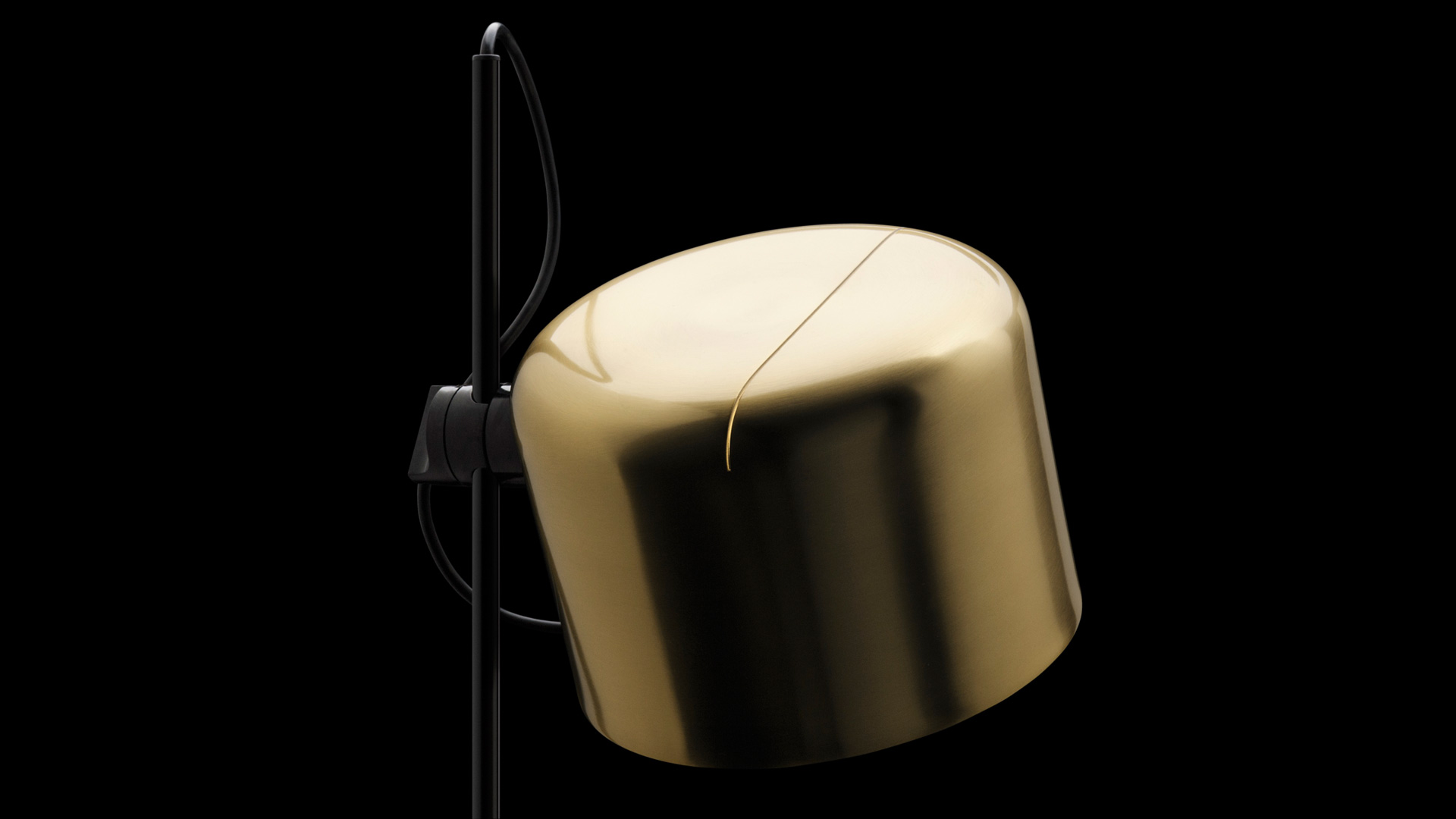 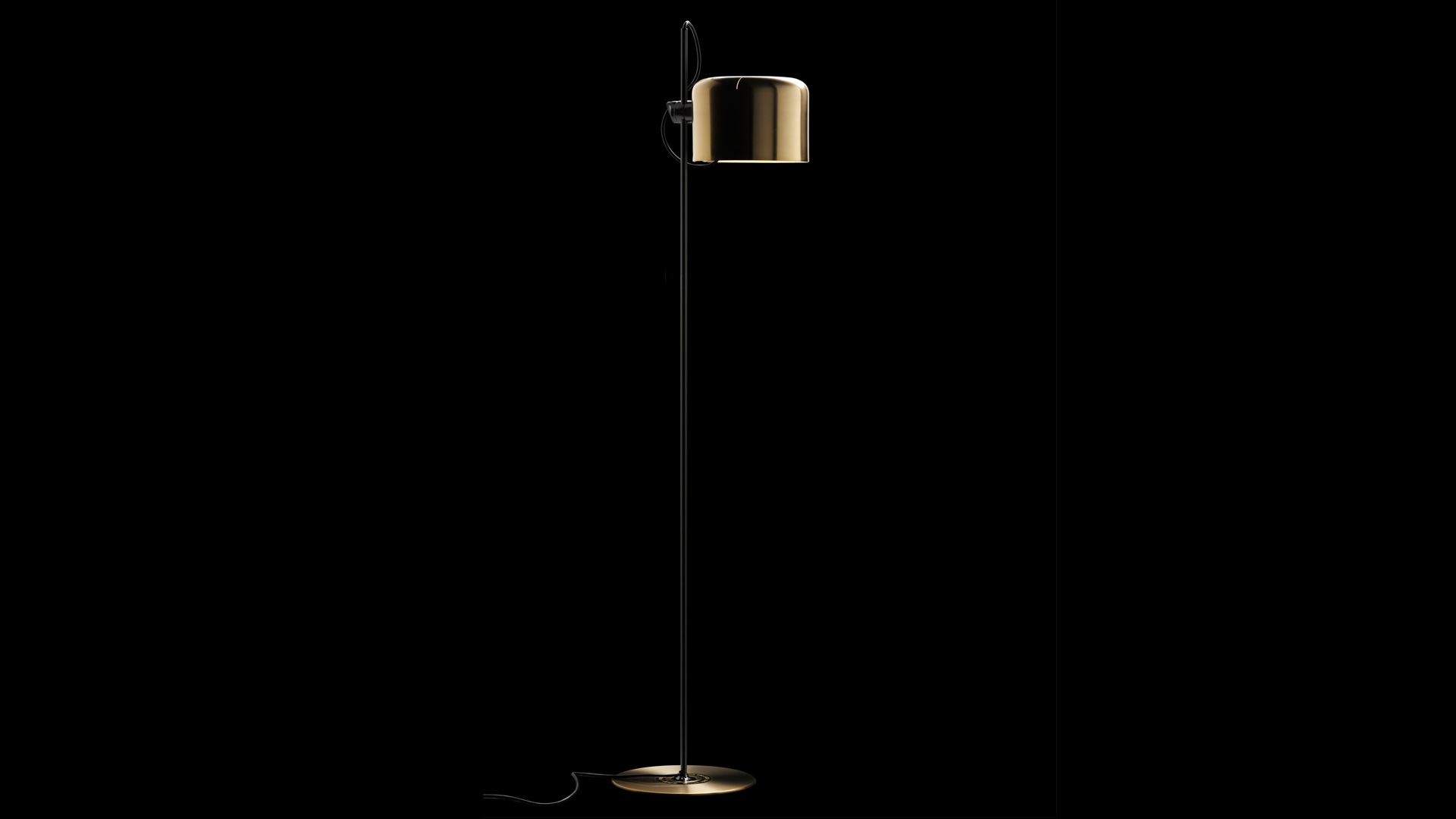 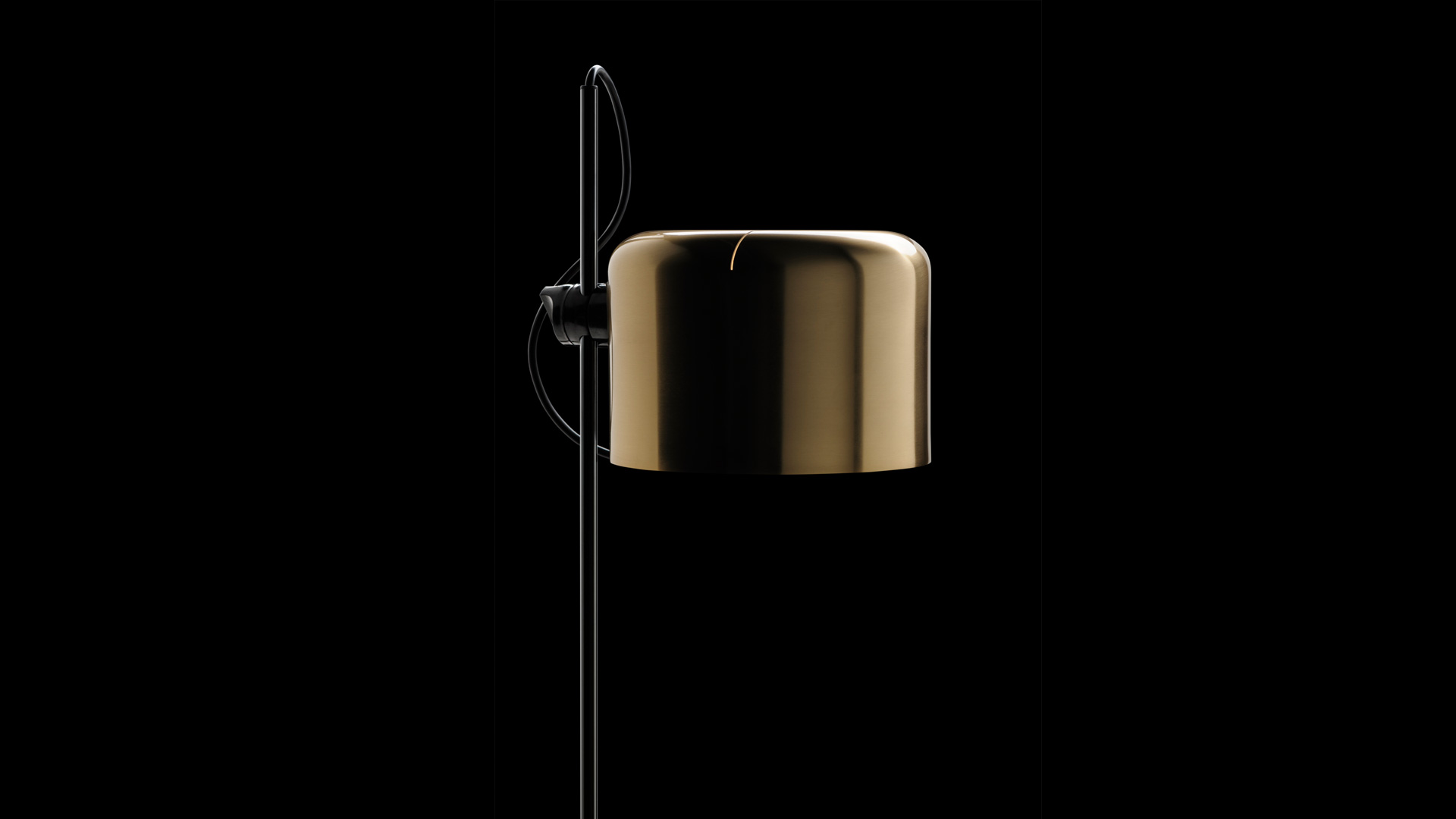 It was 1967 when Joe Colombo designed Coupé, at the apex of a decade marked by his close collaboration with Oluce.

Initially designed as a variant of the Spider theme, over the years Coupé was produced in different versions and became one of Oluce’s most popular and best known collections.

Today a full-fledged icon of lighting and Italian design, in 1968 Coupé was awarded in Chicago the International Design Award by the American Institute of Interior Designers. The lamp is included in the permanent collections of–among others–New York’s MoMA and the Neue Sammlung Museum in Munich.

To celebrate Coupé’s 50th anniversary, Oluce has created a special edition of an object that stood the test of time and fashions to become a classic of interior design.

The new version of the classic floor lamp style produced by Oluce is available in a limited edition of 500 numbered pieces, featuring a sleek, gold trimmed finish and the 50th anniversary engraving on the base.